Originally published on Wednesday, May 7, 2014.

Both StarBand and HughesNet improved their hardware and software. Life kept getting easier for the mobile users.

I should probably mention that all of the equipment discussed is Ku-band satellite equipment. Ku-band services have huge coverage areas, which is why you can move the equipment around (be mobile) and still get online. The newer Ka-band services were not be discussed when this blog was originally published, since they are spot-beamed and the equipment couldn’t be moved. However, very recently an authorized HughesNet Gen 5 mobile satellite Internet service was released and you can now move from beam to beam! More about this later.

I mentioned that StarBand went from the StarBand 360 to the self-hosted StarBand 481/484 modems. The biggest and most welcome change was getting away from the need to install software on a PC. Not only did the communications software tend to cause problems on the PC, but it was also more difficult to network, especially for Macintosh or Linux computers. The modems all had ON/OFF switches.
All three of the modems used the same outdoor equipment, called Phase II. Note in the photo that the StarBand 481 modem has only one Ethernet port, whereas the 484 has four. The 484 had a built-in switch and the service it came with included four public IP addresses. (There were actually six IP addresses, but they only told you about four of them.) The earlier Starband equipment is shown below. 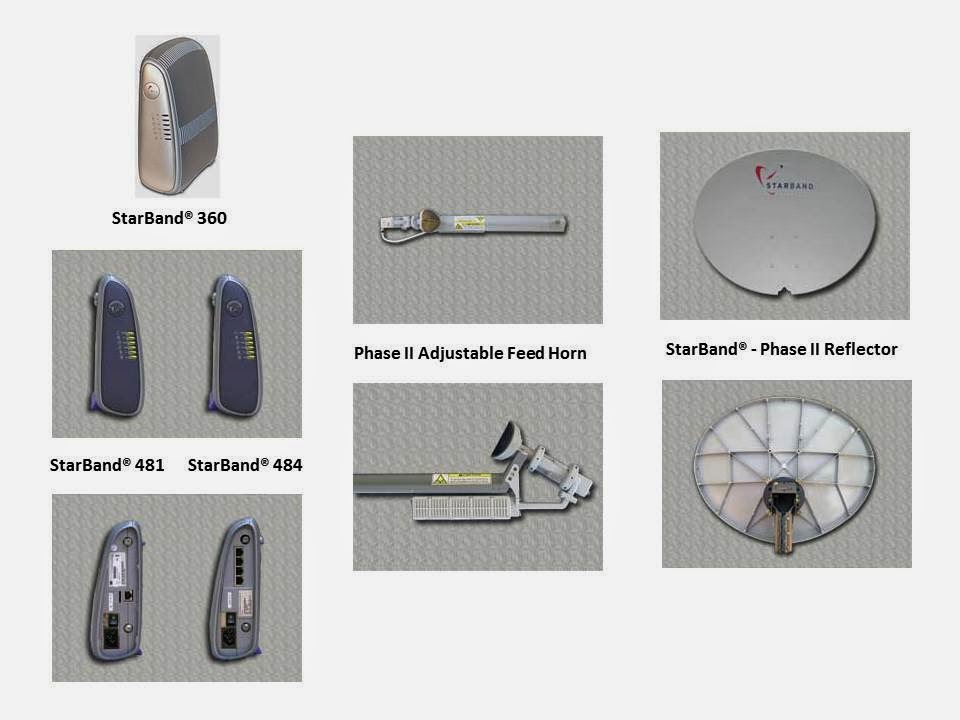 The current equipment includes Phase III outdoor components and a StarBand Nova SkyEdge modem. There were two versions of the modem and neither had an ON/OFF switch. The newer version was slightly smaller and the serial port was an RJ-45 plug, like the LAN port. The older version had a standard DB-9 serial port (shown below).
The Phase III arm is longer than the Phase II arm and was square-shaped, rather than rounded. The longer arm resulted in a signal with lower cross-pol interference, but a weaker signal. The dish was slightly more elongated, which also contributed to the weaker signal. The equipment is shown below. 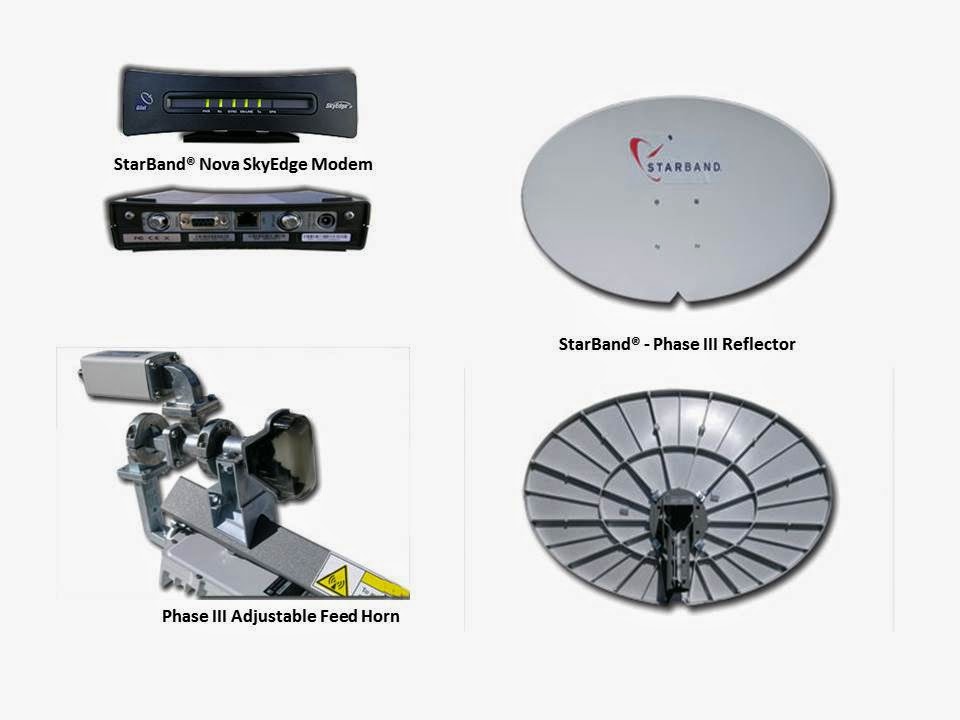 Unfortunately, Spacenet, the parent company of StarBand was bought by another company interested in the Enterprise networking aspects of Spacenet, so StarBand died a slow death by starvation of resources and was shut down on September 30, 2015.

HughesNet went from the DW4000 to the DW6000, and then the DW7000. Like the StarBand 360, the DW4000 needed software installed on the PC; like the StarBand 481/484, the DW6000 and DW7000 did not. Once wireless routers became available and affordable, you could hook a router up directly to the modem.
There was a version of the DW4000, the DW4020, which included a router, so you could plug in multiple devices.
The tripod setup in the middle shows the white fiberglass dish and feed arm that came with the DW4000. Note that the transmitter is permanently connected to the feed arm.
The DW6000 and DW7000 came with a  gray Gen V fiberglass dish … and, the radio assembly on the Gen V feed arm could be changed. The fiberglass dishes are still used by mobile HughesNet users, because they are practically indestructible, as long as they don’t blow over in the wind! The newer metal dishes can become bent or warped and they will no longer function. 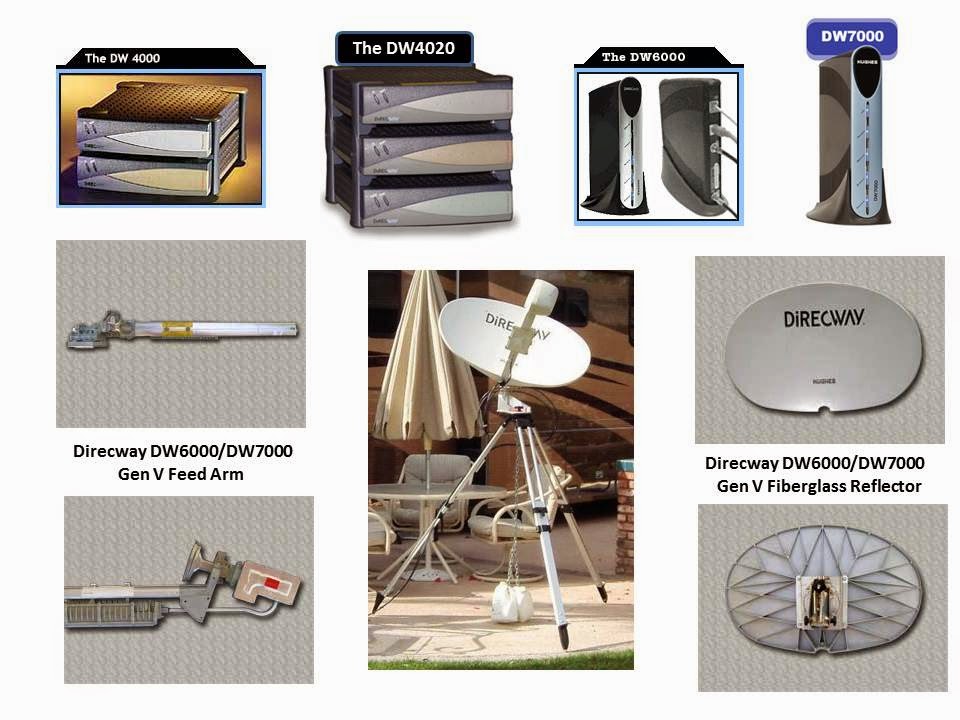 The still current HughesNet Ku-band equipment uses the HNS7000S modem. Previous equipment all carried the name DirecWay, as the service was called, but with the last generation of the modem, HughesNet dropped the DirecWay designation and used the “HN” for HughesNet in the modem name. There were different metal dishes used, each with a unique feed arm. On the left is the Raven outdoor equipment, which was replaced by the Prodelin outdoor equipment. There have been more than one model of both Raven and Prodelin equipment. 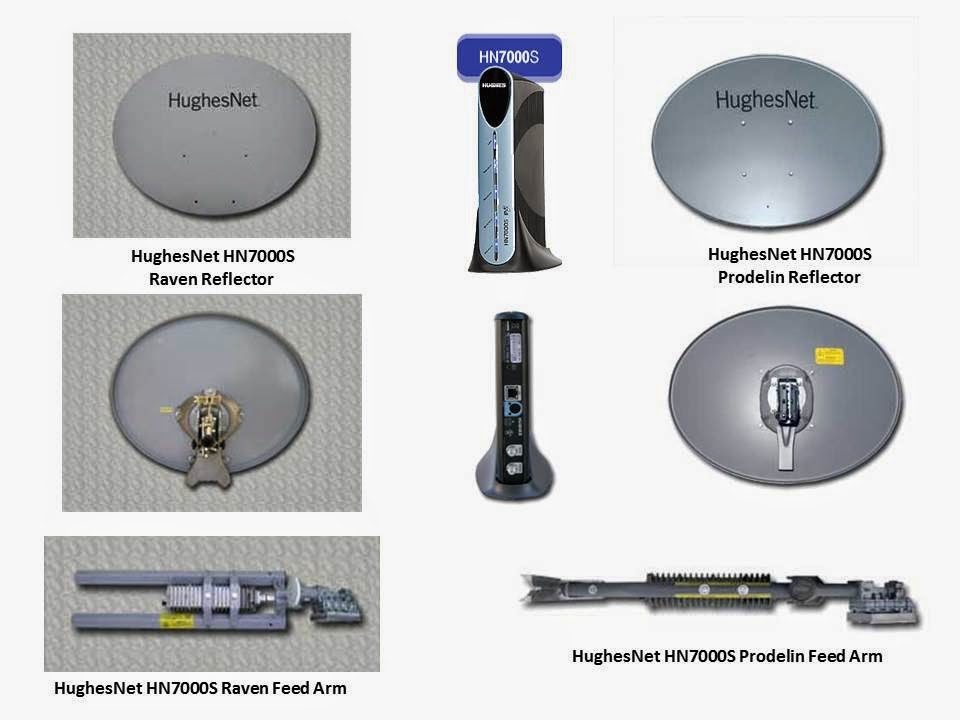 The HN7000S will probably be the last Ku-band modem that HughesNet sells. They have launched several of their own satellites, which use the higher-frequency Ka-band and they have outsourced the remaining Ku-band services to several VARs. Little by little, HughesNet is phasing out Ku-band services as the transponder leases HughesNet has on satellites owned by other companies expire.
However, as of 2017, there are still a few mobile users out there traveling with the HN7000S modem and Ku-band service. But, now that there is a blazingly fast Ka-band mobile service available, most of these users will start switching to the new Gen 5 Ka-band services.

Let’s do a quck review of what Hughes considers their different generations of satellite equipment and services:

To see a photo of the current tripod setup, click here…
That’s all for this entry. Next time, I’ll talk about the Satellite Rallies we held from 2003 through 2007. 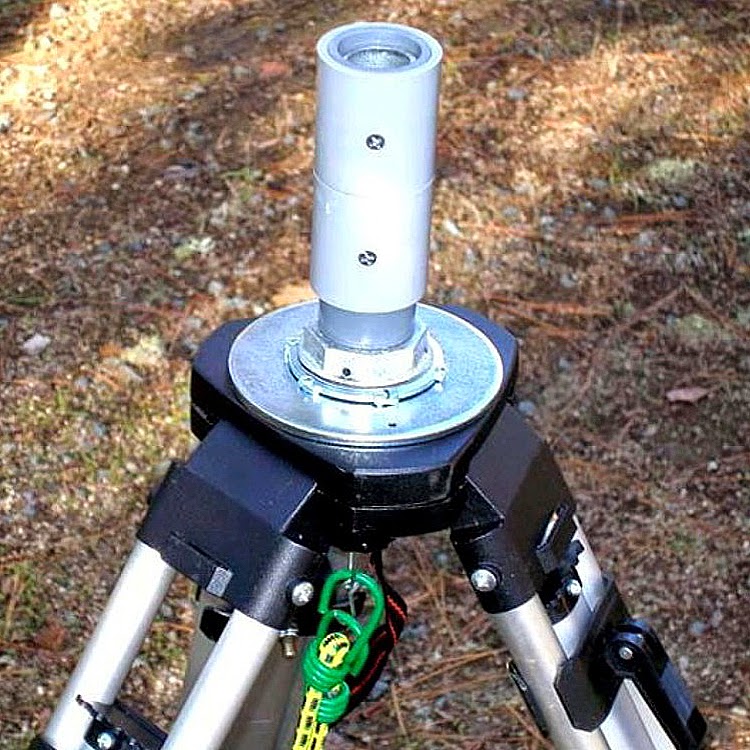 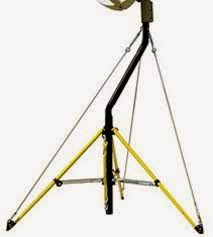 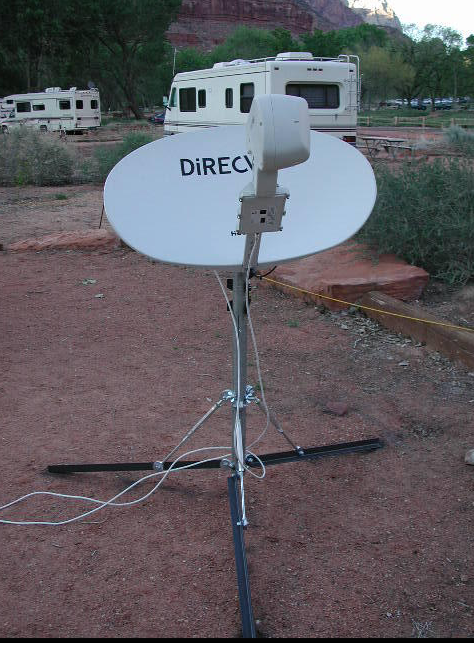 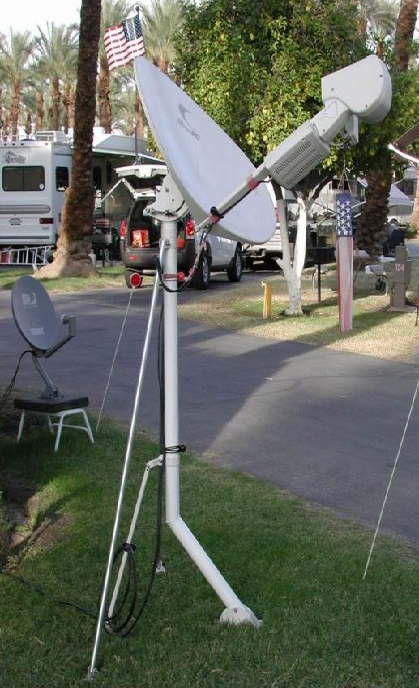 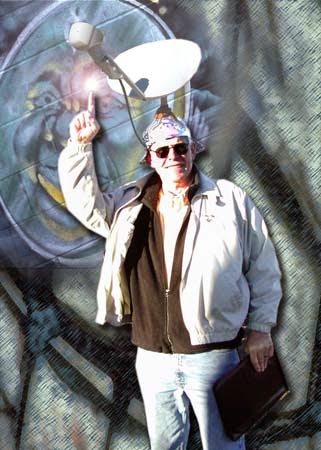 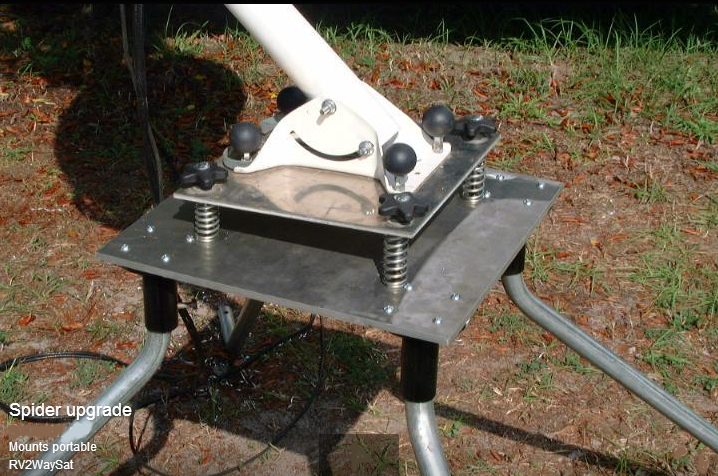 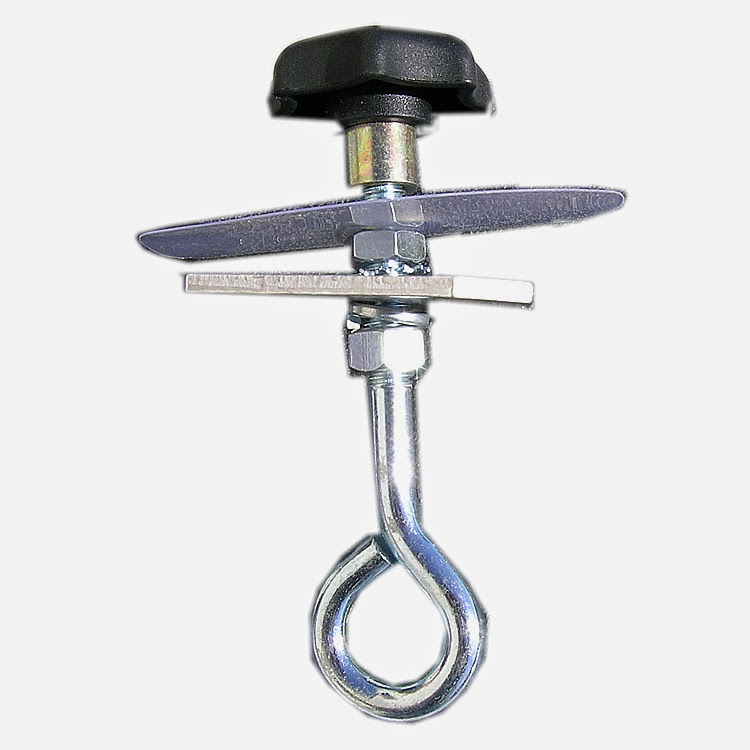 Welcome to the MobileInternetSatellite.com Blog!

I haven’t done any blog entries since we migrated to a new server and updated our forum software. So, I thought it might be fun to repost some old blogs, starting with a few blogs that document the history of mobile satellite Internet.

The Early Years in the Mobile Satellite Internet Market

We got our first satellite system (HughesNet) in January 2002. We had been full-time RVers for three years then and had been searching for two-way satellite for most of that time. I even called HughesNet and was told it wasn’t allowed, because non-professional setups could damage the satellite. (Absolutely, false! Though it is possible to create lots of interference on your satellite or on a neighboring satellite, with a poor setup.)

When we finally found someone who would sell us a system (Ron, the guy who started it all), it was delivered on a piece of plywood, with a standard roof/wall mount attached to provide the mast. The photo below shows a roof/wall mount attached to a wall, which was its intended use:
The dealer who started the mobile satellite Internet phase of full-time RV life was more of a salesman than a technical support engineer, so one of the first things he did was have one of his customers start a private (by invitation only) Yahoo group called RV2WaySat.
The idea was that all of his customers could help each other, when problems arose … and arise they did in the early days of mobile satellite Internet!
Not only were there lots of problems, but we were all pretty paranoid about getting caught by HughesNet and losing the incredible luxury of having an Internet connection in our rig … no matter where we were parked! We hadn’t yet figured  out that HughesNet actually knew we were all out there, but they didn’t want to be responsible for supporting us or held liable for any potential issue that might arise. We called it the “don’t ask, don’t tell” policy.

There were plenty of problems in the early  years and we did all help each other out via the Yahoo group. Many of the problems were related to issues on the HughesNet side … some were related to sun spots, rain fade and other temporary atmospheric events. As such, they would eventually go away without any intervention needed. Because of this, one group member named Dean would always tell the rest of us to get a life and go do something else for awhile. This became known as the “Dean Rule”.

Remember, this was a time when you had to drive to the library to plug into a slow modem connection. If you were lucky, the RV park would have a place to plug in, but you  had to “take turns” with anyone else wanting to use it. Neither cellular data nor Wi-Fi networks had happened yet.
The HughesNet system at the time was the DW4000!  (Actually, there was a DW3000, which used a satellite downlink, but a dial-up uplink.) The DW4000 consisted of two modems: a transmit modem and a receive modem (shown on the right, below). StarBand’s equivalent technology was the StarBand 360 modem (shown on the left, below).

In both cases, you had to install software on your PC to talk to the modem. Microsoft Windows had the ability to share the connection on a local area network (LAN). But, getting networking to work with these devices was frustrating, at best!

Next time, I’ll talk about some of the enhancements RVers have added to the mobile satellite Internet setups … and more.